“No one serving as a soldier gets entangled in civilian affairs, but rather tries to please his commanding officer.”  II Timothy 2:4 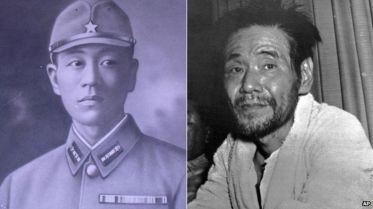 In 1944, as the Japanese army faced certain defeat in the second battle for Guam, Sergeant Shoichi Yokoi and nine other Japanese soldiers escaped into the dense surrounding jungle rather than endure the disgrace of surrender. Twenty-eight years later and long after the war had ended, Yokoi san was eventually captured by some local fishermen. Shoichi Yokoi’s protracted war was finally over. Soon afterwards in a news interview where he faced a curious public, Yokoi san famously said: “It is with much embarrassment that I return.”

It was later revealed that Yokoi san had survived those many years by hunting and making his own clothing, venturing out only at night from his dug out cave hidden deep in the jungle. The last eight years of Yokoi’s elusive life were lived in solitude as he eventually lost contact with his fellow soldiers. Even though he learned in 1952 that the war had ended, Yokoi san continued to take extreme measures to avoid capture, as he later said “We Japanese soldiers were told to prefer death to the disgrace of getting captured alive.” One of the few items in Sgt. Yokoi’s possession at the time of his apprehension was a rusty and useless rifle, which he hoped to one day present in person to Emperor Hirohito.

Yokoi san was soon welcomed back to Japan as a hero as many Japanese admired his tenacity and resourcefulness that kept him alive for so many years. Despite his struggle to transition back to normal life in modern Japan, Yokoi san did his best to assume ordinary routines and even entered into an arranged marriage. Afterwards, he and his wife settled in Yokoi san’s home city of Nagoya, where he went on to become a popular television personality and an advocate for austere living before passing away in 1977 at the age of 82.

The circumstances of Yokoi san’s survival story are quite remarkable, but what is even more unusual are the motives that drove him to live such an extreme life. Sgt. Yokoi’s rationale to avoid capture was certainly complex, but one of the key factors in making that decision was his passion to please his commanding officers, and thereby avoid shame.

As the people of God, we are sometimes compared in Scripture to military conscripts who are called to serve in God’s army. Therefore, our primary duty is not to please ourselves, but rather, our Commanding Officer. Such a lifestyle of commitment to God can often be contradictory to the world’s usual pattern of living for one’s self, and in turn, may invite curiosity and even opposition from those who are guided by a very different value system. However, it is ironic that those who pursue personal freedom to the exclusion of everything else are actually captives to sin. But God in His mercy, sent Jesus to this earth to set such captives free. They in turn are used as part of God’s eternal rescue mission to free others from their self-imposed prisons.